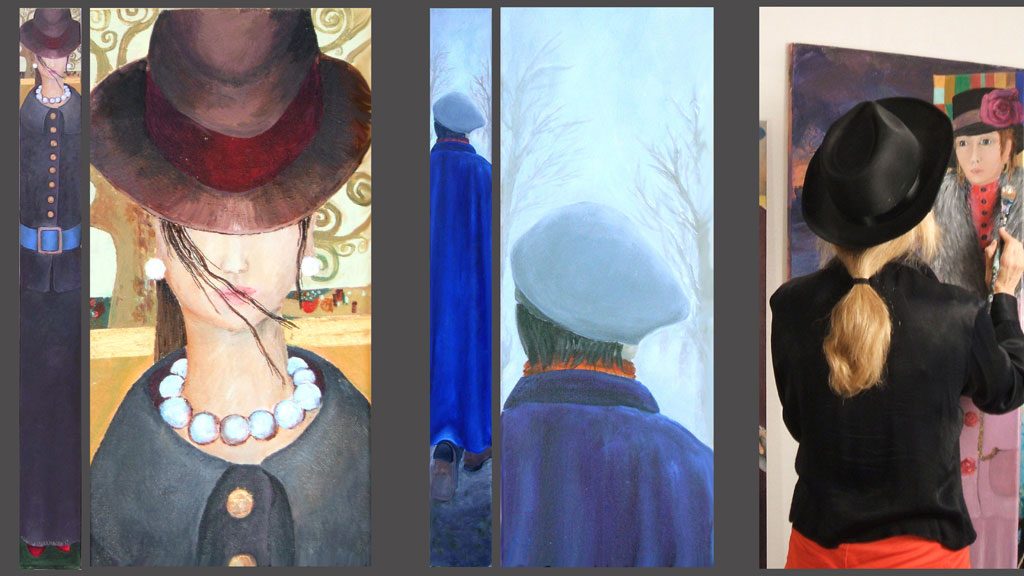 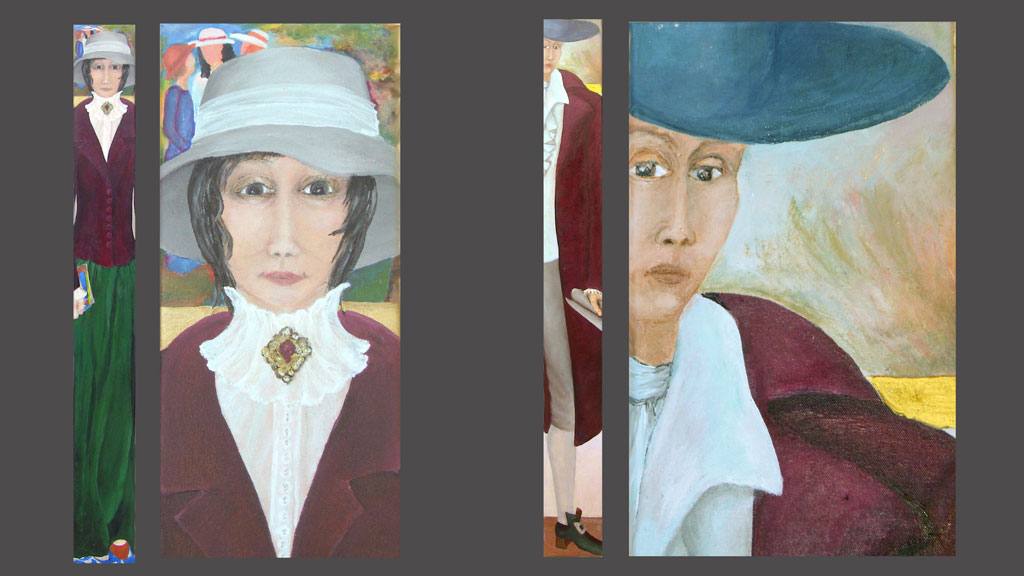 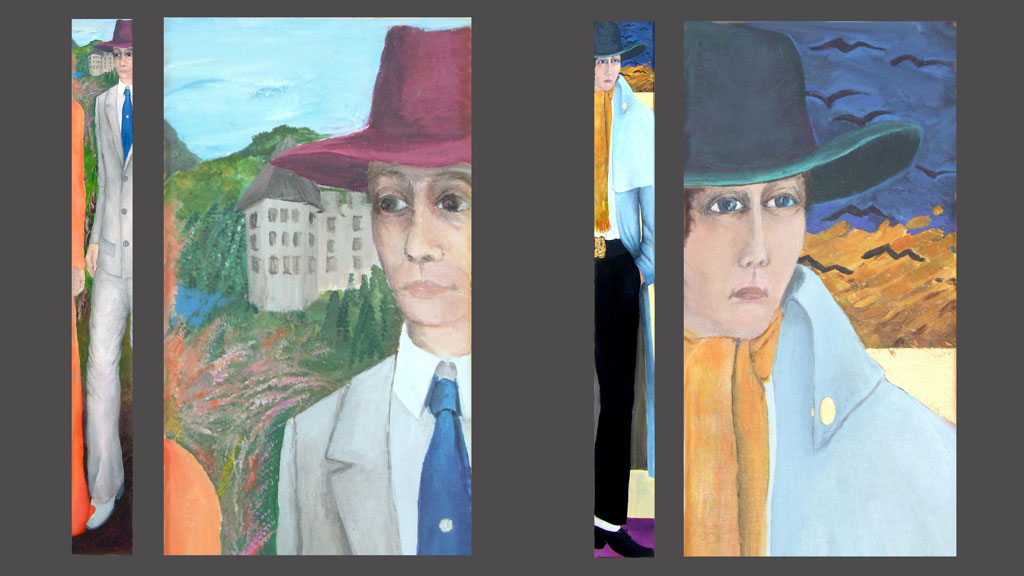 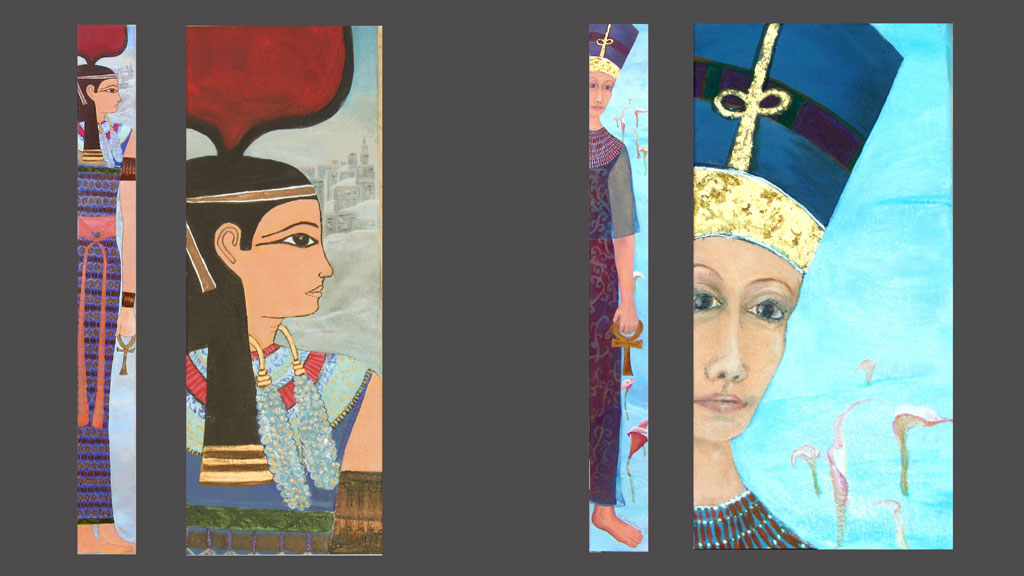 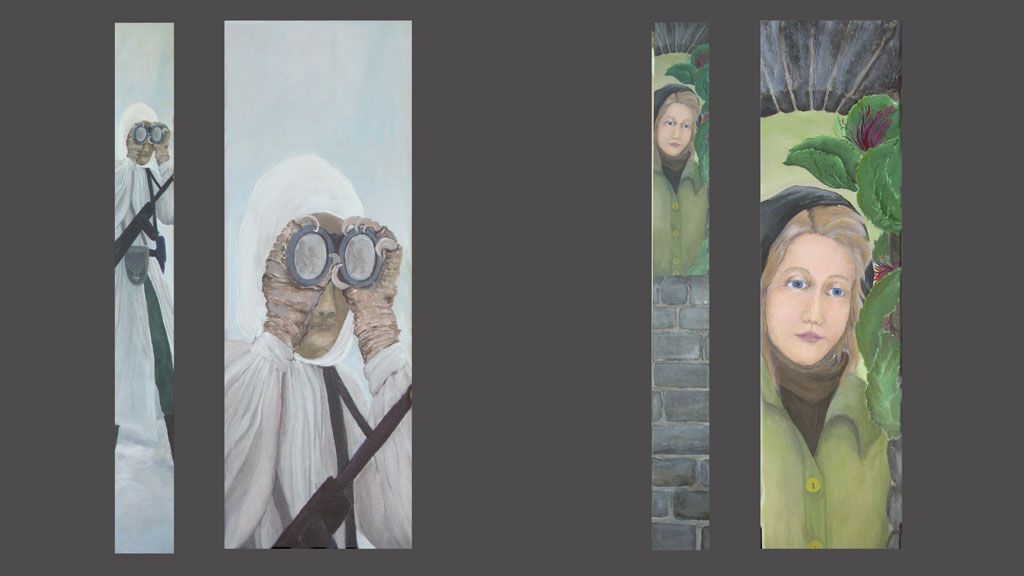 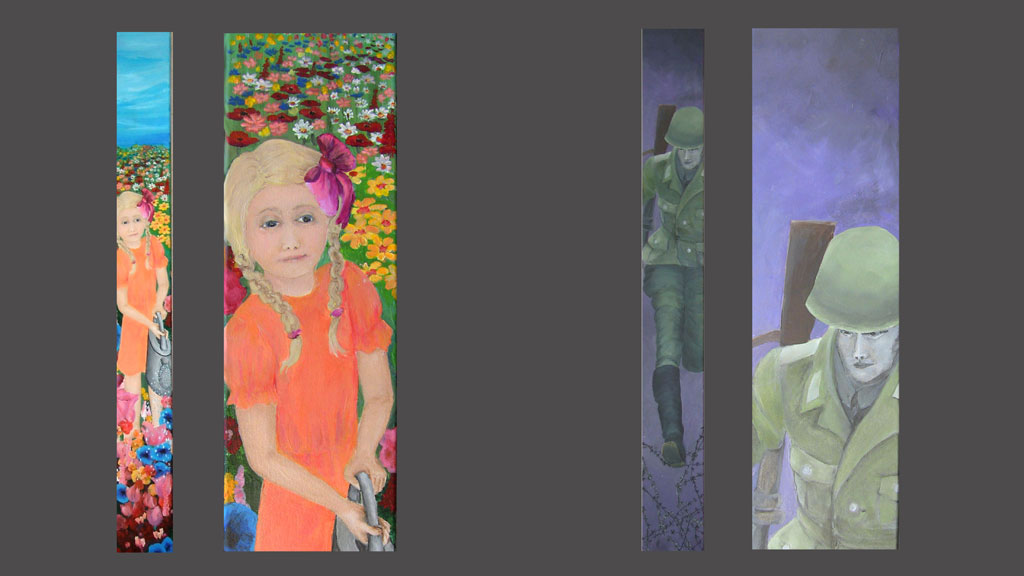 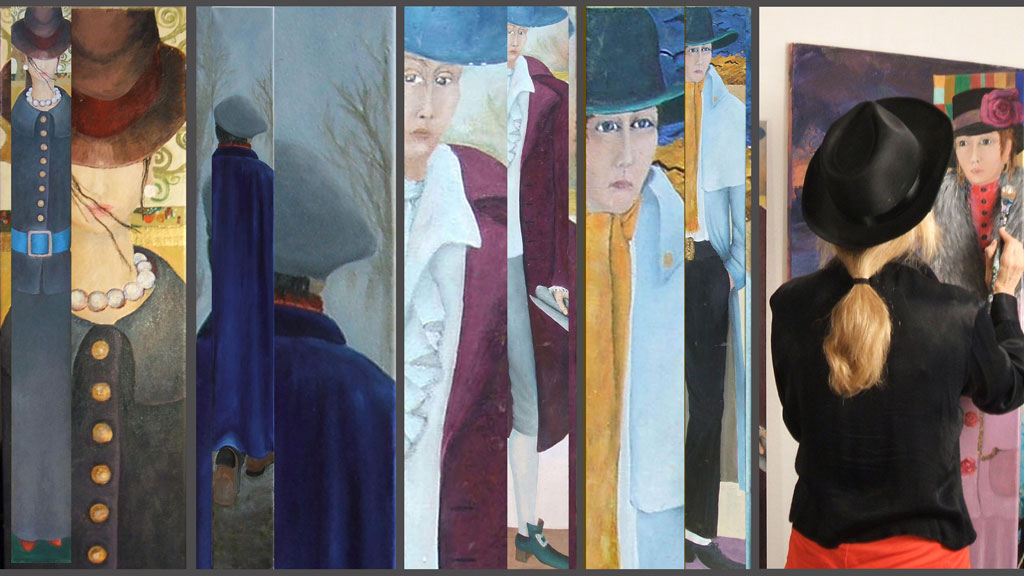 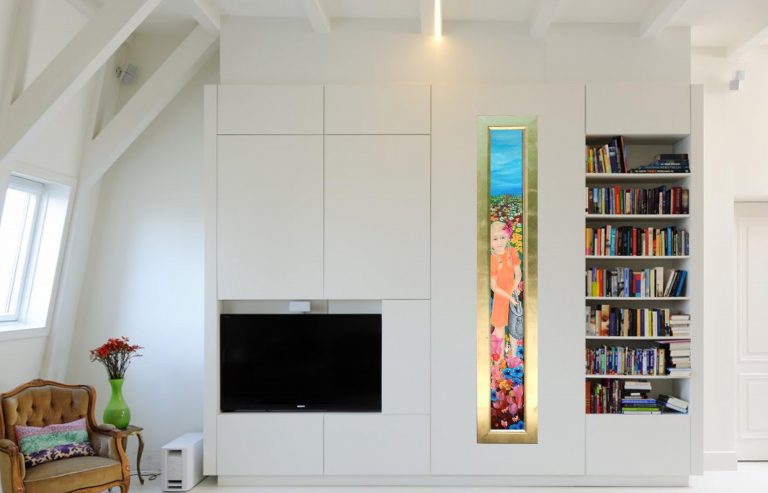 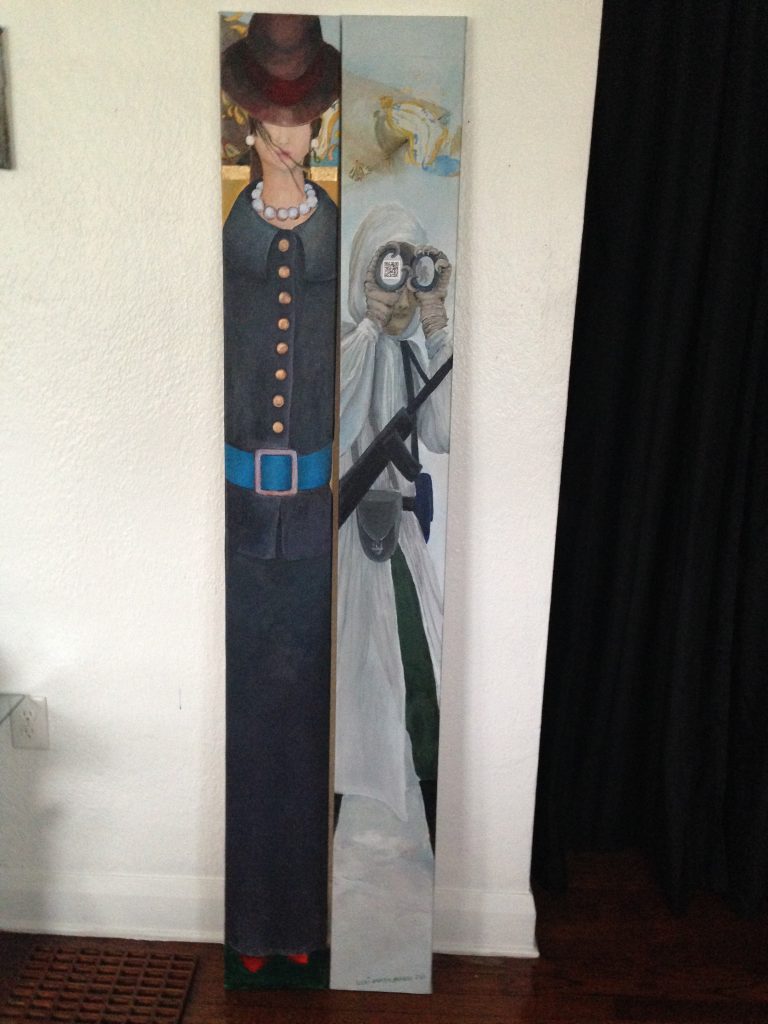 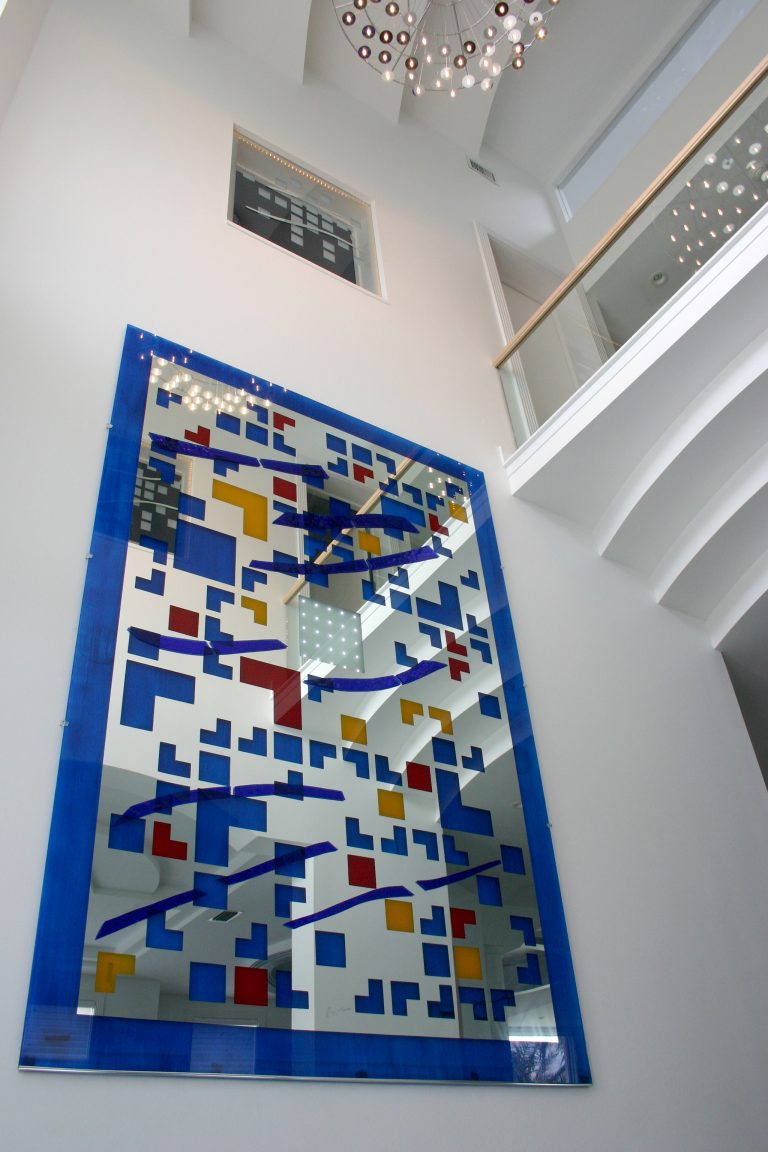 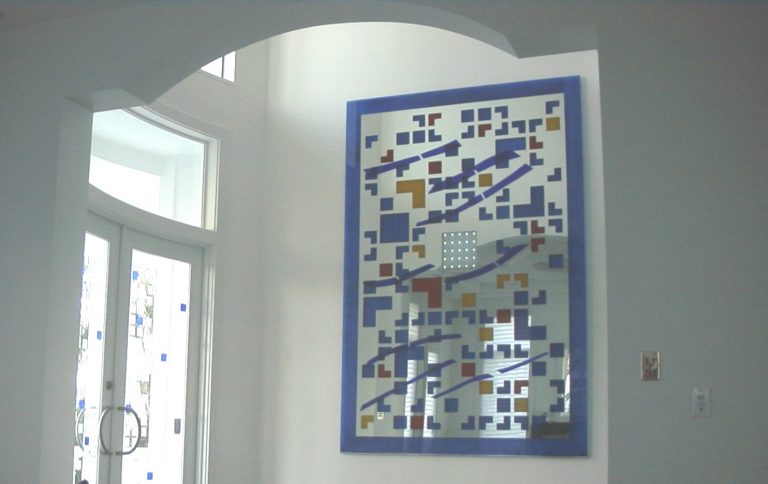 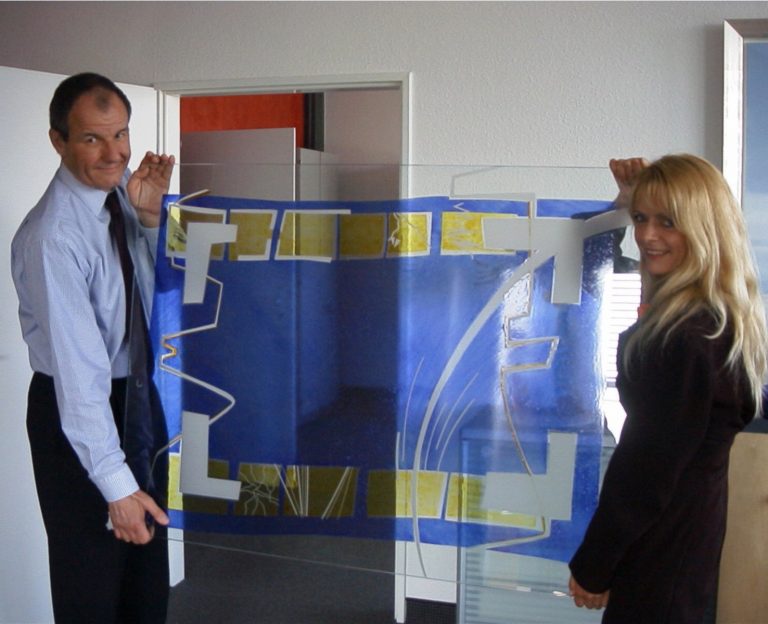 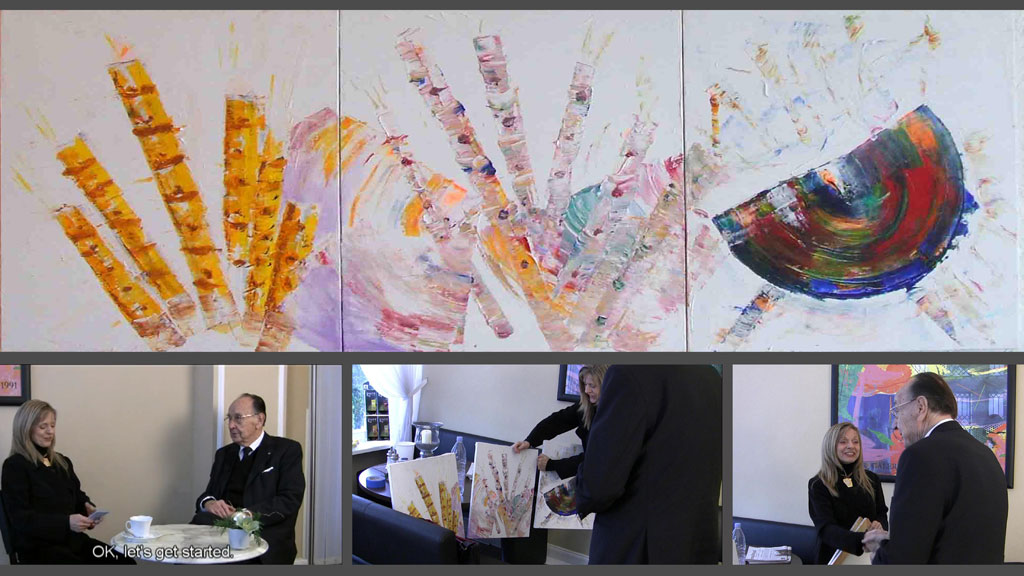 Triptych painting for former Vice-Chancellor of Germany, Hans-Dietrich Genscher – presented to him during the interview with him. This painting was inspired by a story U.S. Ambassador Max Kampelman, colleague and friend of Mr. Genscher’s. The story arose during the cold-war negotiations with the Soviet Union on improving human rights within the Eastern Bloc nations. Vice-Chancellor Genscher observed that Ambassador Kampelman was more direct and forceful in his demands of the Soviet negotiator, whereas Mr. Genscher was more quietly diplomatic. He told Max “You are a loud drum, whereas I am a quiet flute.”